Princess Ann (Audrey Hepburn), bored with the constraints of her royal life, breaks away from her entourage one night while on tour in Rome. She meets Joe Bradley (Gregory Peck), a down-on-his-luck American reporter. Ann is heir to the throne of an unnamed European country, and Joe believes he’s happened upon the interview of a lifetime, one that will bring him back to New York and a “real” reporting job.

Joe doesn’t let on he’s a reporter, nor does he tell Ann that his friend Irving Radovich (Eddie Albert) is a news photographer. The three embark on a Roman adventure that is romantic and enlightening, and finishes with a poignant ending true to the characters and story.

Filmed entirely in Rome, this is an elegant film with stars to match. It is funny as well. In addition to the surprising comedic talents of both Hepburn and Peck, Eddie Albert is a wonderful foil as the raucous photographer to Peck’s more serious, slightly staid reporter. The movie is also spotted with Italian character actors who add humor and charm all along the way.

The decision by director William Wyler to film in Italy was a novel one, and it brought that country to American audiences in a way most hadn’t seen before. Travel at that time was less common, and it had only been a few years since the war, so Italy was not considered the prime destination then that it is today.

This was Hepburn’s big screen debut, and she won an Academy Award for her performance as the frustrated princess struggling with her role in society. She wasn’t the first choice for the role, yet her screen test won over both director Wyler and co-star Peck with her natural yet chic style, perfect for the character. 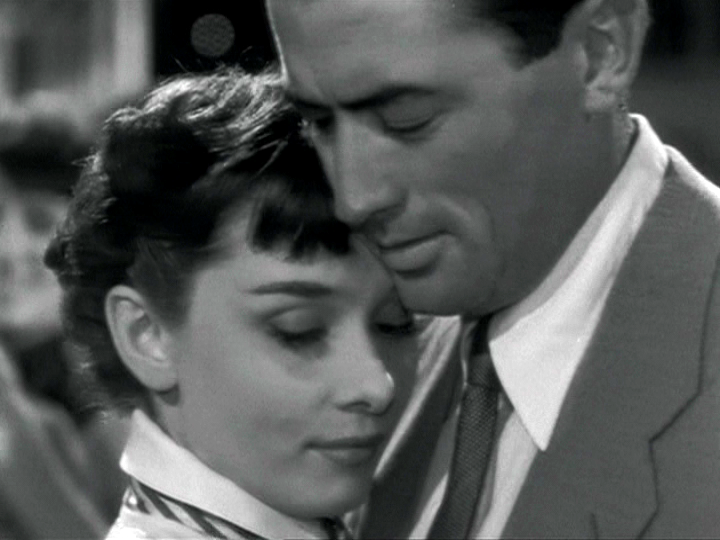 Initially Peck was to be given sole star billing in the film, yet at some point during production he insisted her name be listed at, or near, the top, with his. This was something he was given a lot of credit for, yet he dismissed it as “the obvious thing to do.” He noted her fame was going to overtake the film and it would look silly not to have given her higher billing.

The film was nominated for a total of ten Academy Awards, and in addition to Best Actress, won the awards for Best Costume Design, Black & White and Best Writing, Motion Picture Story. The latter award was originally given to Ian McClellan Hunter, who fronted for Dalton Trumbo, one of the Hollywood elite blacklisted at the time. Years later (1993) the Academy corrected the listing for the award, and Trumbo now receives credit.

In an off-screen romantic twist, Gregory Peck met his second wife, Veronique Passani, while filming Roman Holiday. Passani was a reporter assigned to interview Peck. They married in 1955 and remained together until his death in 2003. 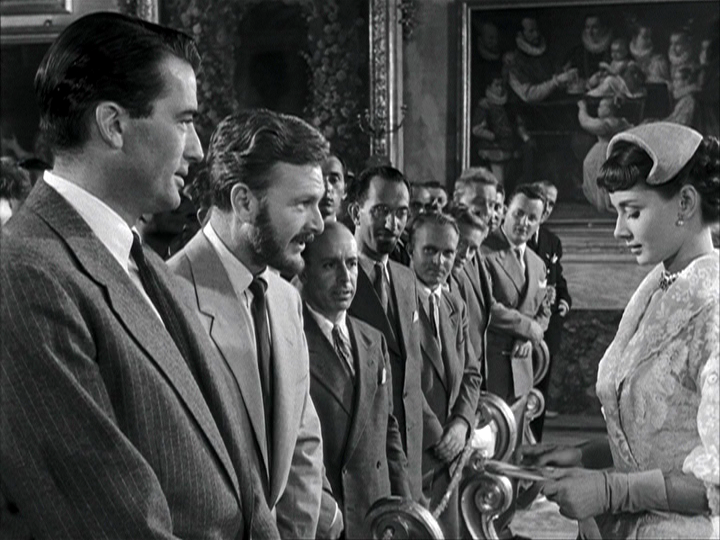 Roman Holiday is truly a classic romantic comedy; it perhaps sets the standard for such. It is classy, charming and endearing, with an ending that is satisfying in all its surprises—a tale of the perfect romance, whose memory will never be marred by day-to-day realities.