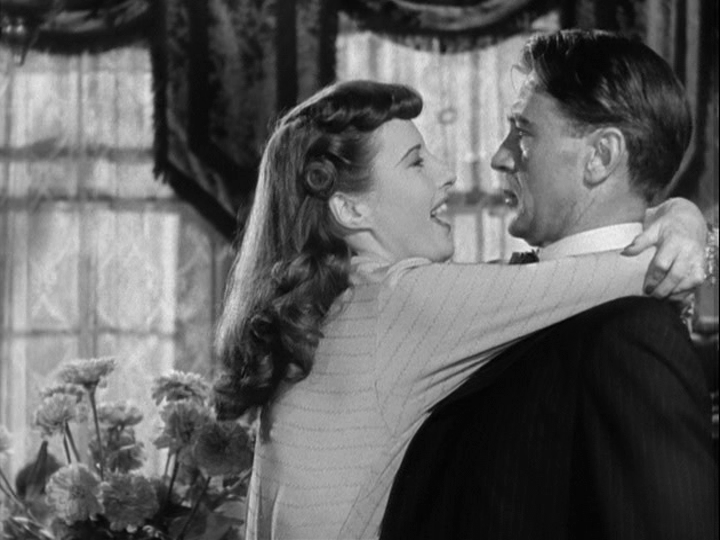 Bertram Potts (Gary Cooper) and seven esteemed colleagues (six bachelors, one widower) are compiling a new encyclopedia of human knowledge. They’re up to the S’s, and Potts is charged with writing the section on slang. He’s come to realize he doesn’t know the meaning of any of the current popular lingo gum-popping youth and anyone else, for that matter, are prone to use.

To right that situation, he gathers a group of assorted citizens to help him learn the meaning of such words as “corny” and “boogie.” In the course of finding just the right individuals, he comes across Sugarpuss O’Shea (Barbara Stanwyck), a nightclub singer needing a place to hide while her boyfriend, Joe Lilac (Dana Andrews), works out his problems with the law.

Potts, of course, comes to fall for the saucy woman with the salty language, but he’s got tough competition from mobster Lilac.

The movie was nominated for four Academy Awards, including Best Actress for Stanwyck, but won none. It is considered by many to be the last great screwball comedy before the start of World War II (although certainly not the last of that genre). It is a good movie, with a strong script and top-notch cast, but doesn’t move at the same quick pace some of Hawks’ other films did, and is a tiny bit long.

Both Ginger Rogers and Carole Lombard turned down the role of Sugarpuss O’Shea before Gary Cooper suggested Barbara Stanwyck. The two had worked together before, on Meet John Doe, and Cooper felt she’d be a good choice for the part. Billy Wilder, who wrote the script with Charles Brackett, and director Howard Hawks agreed.

Producer Samuel Goldwyn, who owned Cooper’s contract, was anxious to produce a hit with Cooper cast in the lead. Up to that time, the actor’s biggest roles were in movies he made when loaned out to other studios.

This was the last film for which Wilder wrote the script without directing it himself, and later he expressed dissatisfaction with the finished result, saying the story as he originally wrote it in Germany was stronger and funnier, and didn’t translate well for an American setting. Audiences over the years, however, haven’t seemed to mind.

A tale of how opposites can attract, Ball of Fire is charming, as much because of the supporting cast as the stars.  The seven professors are almost childlike, yet not childish, and seemingly harmless, despite their adept use of innuendo.

It is not Hawks’ or Wilder’s best film, but in this case, second place is still a winner. Cooper, Stanwyck and Andrews are all at the top of their game, making this a movie well worth the watch. 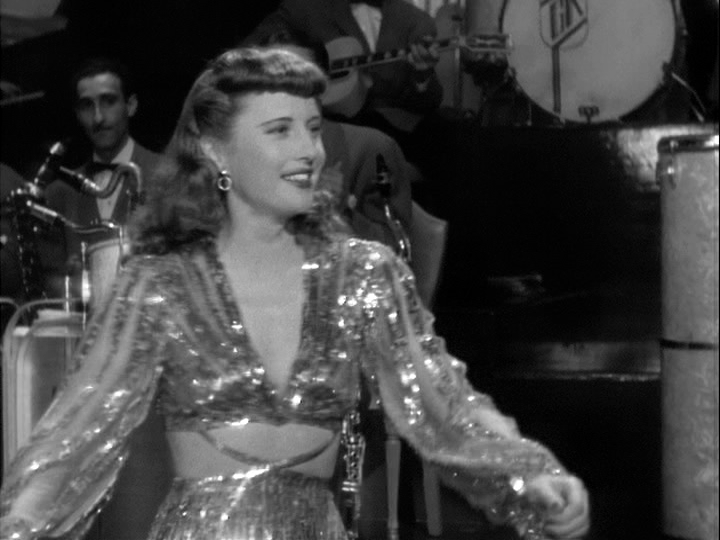