Earnest professor Tommy Turner (Henry Fonda) and his wife, Ellen (Olivia de Havilland), are preparing to celebrate Homecoming (which happens to land on Ellen’s birthday), along with the rest of the fictional Midwestern University campus. They’re having a small gathering before the big game, and among the guests are Ellen’s former beau, Joe Ferguson (Jack Carson), and one of the school’s narrow-minded trustees, Ed Keller (Eugene Pallette).

Tommy isn’t thrilled Ed is going to be there to start with, and his mild concern turns to great dismay when he learns one of his students has commended him for his “bravery” in reading a literary piece by Bartolomeo Vanzetti, the self-proclaimed anarchist convicted of first-degree murder in one of the most controversial court cases of the twentieth century. Tommy plans to read it simply because it’s a fine piece of writing, not because of any political stand, but he’s in trouble. The trustees are ridding the school of “reds”—anyone suspected of communist sympathies. 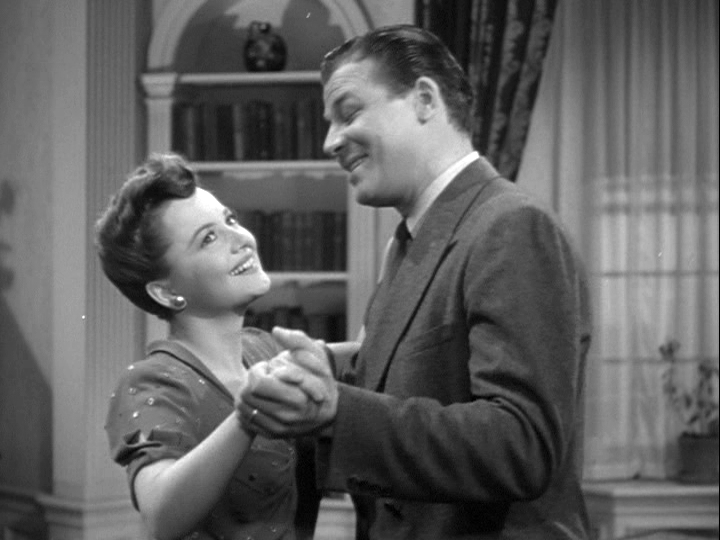 Add to his concerns his growing conviction Ellen would be happier with the recently separated Joe. Ellen, for her part, is doing nothing to dissuade him from those thoughts. Only Joe seems uncertain about the potential of a future with his former girlfriend. Joe, it turns out, isn’t as dumb as Tommy would like to believe he is, and sees the situation with a fair amount of clarity.

The Male Animal is light satire about serious issues such as censorship and racism. While the objects of these concerns may be different than today, the rhetoric is much the same, making this film relevant to audiences 75 years after its release.

The movie premiered in Columbus, Ohio, with James Thurber, co-author of the popular play on which the film is closely based, in attendance as a special honoree. The occasion focused on the collegiate theme of the story, including a huge dinner at Thurber’s old fraternity house. Honoring Thurber, who didn’t directly work on the film, was legitimate, as screenwriters Julius Epstein, Philip Epstein and Stephen Morehouse Avery kept their script true to the original play, and the star of the Broadway production, Elliott Nugent, directed the film. It was as close to a Thurber screenplay as you could get without having the man actually work on the script.

The studio promoted the film as a love triangle between Tommy, Ellen, and Ellen’s sister, Pat (Joan Leslie), but Pat barely makes an appearance and has nothing to do with the tension between the Turners. Apparently, the provocative nature of the other woman was thought to be needed to sell this film, even though it was actually the other man at issue.

Thurber had a sly wit, and that’s reflected in the dialogue. This is a smart movie poking fun at a serious topic, with a talented cast (down to Tommy’s student, Michael, played by Herbert Anderson, who would go on to be best known as Dennis the Menace’s father in the popular television series). Both stars are at their comedic best, and while these may not have been their most challenging roles, they brought extra depth to the characters lesser actors or actresses may have failed to do. The film moves at a good pace and manages to deliver a serious message in a natural manner. The Male Animal is well worth the watch.