Julie Eden (Carole Lombard), a widow with a young daughter, has taken a summer home in the country. She’s also fallen for one of the local men, Alec Walker (Cary Grant), and he feels the same way for her. Soon she discovers he’s wealthy, prominent—and married to Maida (Kay Francis).

Alec believed he and Maida were in love on their wedding day, but a note from the mother of Maida’s jilted lover straightened his thinking. Since then they have shared a public life, but little else. Even Alec’s parents (Charles Coburn, Nella Walker) are in the dark about the true nature of their marriage.

Julie tries to tear herself away from a man she believes she can never have, but Alec will have nothing of it. The two plan a future together, contingent, of course, on Maida’s willingness to grant Alec a divorce.

But Maida is calculating and focused on the good life Alec provides her. She refuses to sign the divorce papers, sending him into despair until he reaches the proverbial breaking point.

This is not Grant’s or Lombard’s finest film, but Kay Francis’ performance is one of her best. Her character is not sympathetic, but that was of little concern to her. “I want to be an actress, capable of many differently pitched roles,” she said, “not just a woman who dresses up and speaks noble lines.” Critics praised her performance, although overall reviews of the film were mediocre.

The original script was rejected by censors because Julie discovers she is pregnant—out of wedlock, and by a married man—and Alec tries hard to send her on her way without him, believing that would be best for her. Even with changes, the final plot is tricky as the Breen Code did not allow much room for divorce or infidelity, at least not when they’re portrayed in a positive light. 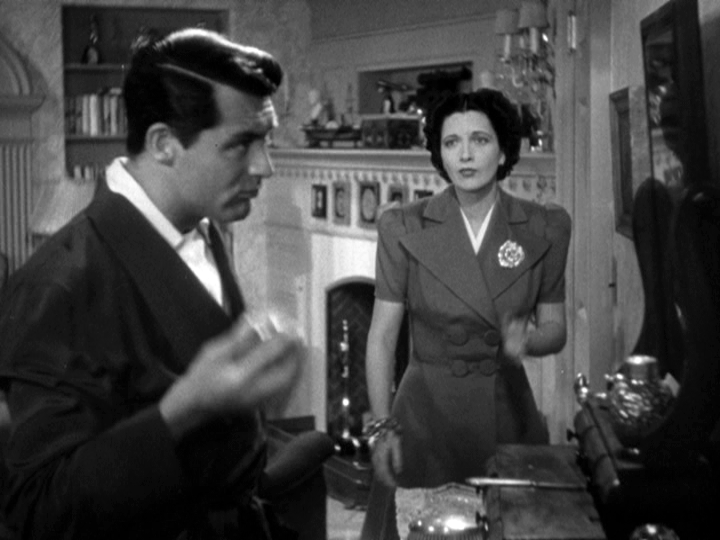 Not surprisingly, In Name Only received no award nominations. In a year considered by many to be the best of the golden age of Hollywood, competition was already steep. That’s not to say it’s a bad film. It has a melodramatic soap opera quality that keeps viewers in their seats, with a top-notch—and particularly attractive—cast. Lombard was lovelier than ever, Grant, of course, was impeccably handsome, and although played down somewhat, Francis stands out from the crowd as well.

This is the kind of movie to watch with a big bowl of popcorn and lowered expectations. In Name Only is a pleasure to watch in part because it’s somewhat unpredictable. And it’s hard to imagine a film with these three stars being anything less than a pleasure.