A wonderfully crafted film that explores the plight of servicemen returning from war, The Best Years of Our Lives tells the poignant story of three men and their adjustment to civilian life immediately after World War II. From the first scene with its unapologetic contrast of the world at home to the realities facing a soldier, this movie captivates.

The three servicemen, Fred Derry (Dana Andrews), Al Stephenson (Fredric March) and Homer Parrish (Harold Russell), first meet when they’re flying back to their hometown of Boone City, a fictional town somewhere in the Midwest. Their return is a surprise for all three families: Fred’s beautiful and selfish bride Marie (Virginia Mayo), to whom he’d been married only three weeks before shipping overseas; Al’s ever-patient wife Milly (Myrna Loy) and their two children, one grown, one nearly grown; Homer’s loving parents, little sister and the girl next door, his fiancée, Wilma (Cathy O’Donnell).

Each man faces his own burden. Fred has returned from the high-paying and prestigious job of captain and bombardier, which has left him with no marketable skills and nighttime flashbacks. Al, an infantry platoon sergeant and already a bit of a drinker, finds war has changed his priorities at work, leaving his employer unsympathetic. Homer is left with the most visible challenge, having lost both his arms just below the elbows, and he and his family struggle to come to terms with his loss. 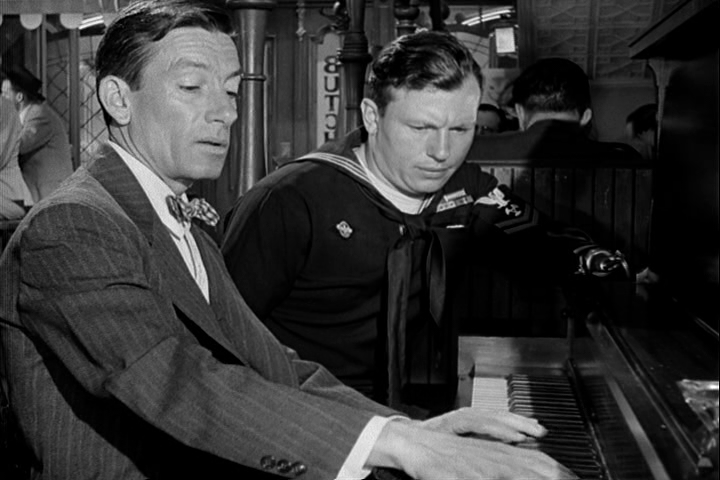 Mixed into all of this is the steady presence of Homer’s uncle Butch (Hoagy Carmichael), who owns the local tavern, which becomes a favorite meeting place of the three men. Their stories become even more closely woven together when Al’s daughter Peggy (Teresa Wright) falls in love with Fred, and is determined to break up his already floundering marriage to Marie.

The details in the script and set, the sharp cinematography, the attention to the reality of the serviceman’s predicament, make this nearly three-hour film go by quickly. Whether or not you have any involvement in the military, you can relate to the very human elements of change, frustration and fear in an unsettling time.

In real life, Harold Russell had suffered the same loss his character did and was discovered by the movie’s director, William Wyler, in a training film about his rehabilitation. Wyler changed his mind about including a character with “shell shock” (what we now call post-traumatic stress disorder) so he could cast Russell.

The movie, released just one year after the end of World War II, won seven of the eight Academy Awards for which it was nominated, including Best Picture, Director, Actor, and Writing (Screenplay). Harold Russell was also given an honorary Oscar for “bringing hope and courage to his fellow veterans.” When later in the evening he won for Best Supporting Actor, he became the only person to win two Academy Awards for the same performance. 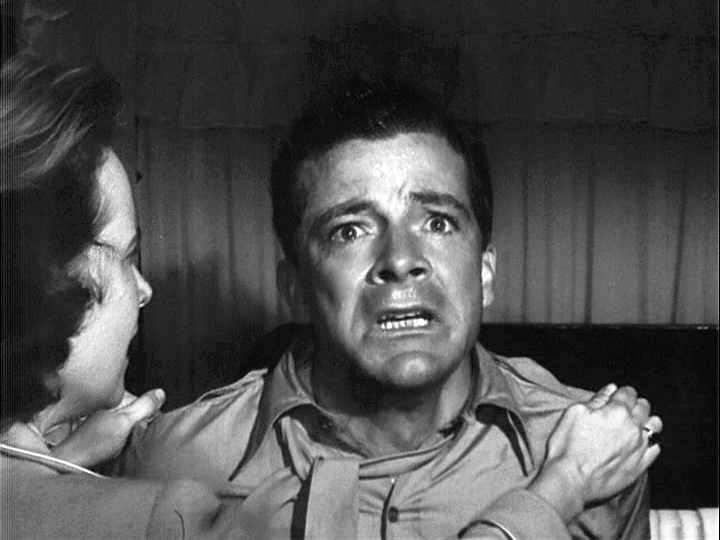 While it was Fredric March who won the Best Actor award, both he and Dana Andrews gave award-worthy performances true to their characters and their story. These are two actors not well known today, but at the time both were major stars at the peak of their careers. Myrna Loy, another top box-office draw, graciously had accepted what was essentially a co-starring role and delivered a memorable and heartwarming performance.

The strong female supporting cast showed depth of talent in their portrayals of the women in love—or not—with men returning from war, and Hoagy Carmichael is impressive as the compassionate and wise uncle.

This film is about the aftermath of war, of soldiers returning home to a country whose land was untouched by battle, and so much more. It reaches deep inside the souls of all involved and shows the heartbreak of being human, set in a time of uncertainty and pain.