Texas farm boy Monty Stratton (James Stewart) will walk ten miles from his home to pitch in a local baseball game, and it’s at just one of these games that down-and-out former catcher Barney Wile (Frank Morgan) spots him. Barney ends up spending the winter at Monty’s farm, teaching him the fundamentals of pitching. That spring, believing Monty is prepared to try out for a major league team, the two venture to Los Angeles to meet up with the Chicago White Sox during their spring training.

It’s there that Monty meets not only the White Sox manager but a young woman visiting from Omaha named Ethel (June Allyson). Initially Ethel is dismayed to see how “country” Monty is, but once she learns he’s also a gentleman, her feelings change. By the time the baseball season starts the two are in love, and Monty has a contract with the White Sox.

When he’s sent to Omaha to refine his game with a minor league team, Monty proposes to Ethel. Soon, he’s back pitching for the White Sox again, and the two move to Chicago, but they winter in Texas at the family farm. It’s there one day as Monty is rabbit hunting that he accidentally shoots himself in the leg, requiring the leg to be amputated.

But Monty is not about to let a missing leg keep him away from the game he loves. 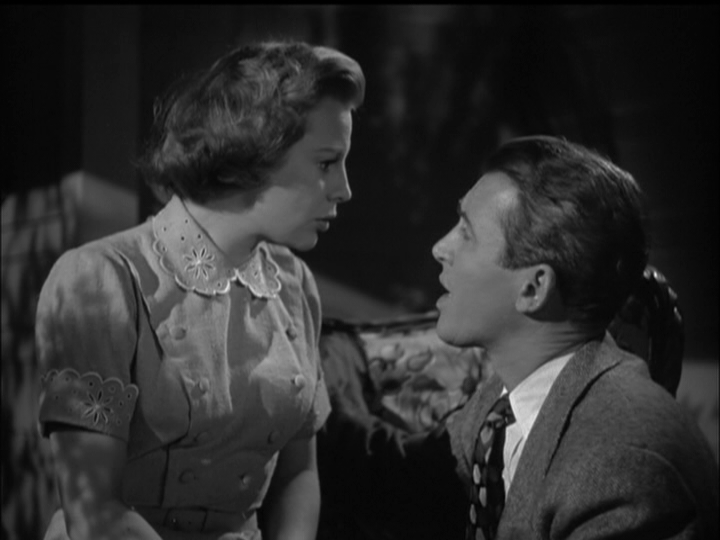 The film is based on the real-life Monty Stratton, who pitched for the White Sox from 1934 to 1938 and later, after his accident, played minor league ball off and on from 1946 to 1953. Stratton was a technical consultant for the movie and, by example, taught Stewart how to pitch. “He just kept watching me and studying me. Once he thought he knew me and what I was like, that was all he needed. He went right from there and became more like me that I am myself.”

Stewart himself was a bit more humble about what he’d learned. “You don’t have to actually know how to pitch a ball, but you have to look like you know…Stratton was a genius with the ball, so I had to look like a genius, or the picture wouldn’t have worked.”

The Stratton Story was nominated for and won one Academy award: Best Writing, Motion Picture Story. Director  Sam Wood had also directed The Pride of the Yankees, based on the career of Lou Gehrig. That film had starred Gary Cooper, and Wood was hopeful he could get Cooper for the role of Monty Stratton, but he was not available. The studio lobbied for Van Johnson, but Stratton himself, who had casting approval, rejected the idea and pushed for Stewart.

Of course, it’s the truth behind this film that makes the story work, although arguably part of what made it a great success in 1949 is its parallel to the lives of so many WWII veterans. It is a movie classic film fans will find worth the watch.