Woodrow Truesmith has a dilemma: as the son of a genuine war hero, who died in action the day his only child was born, he was expected to follow in his father’s footsteps and join the Marines. So he did just that, but he’s not cut from the same cloth as his father, and woefully he’s discharged for medical reasons after only one month. To spare his mother and girlfriend Libby (Ella Raines) any embarrassment over his situation, he writes he’s off to war, while in reality he begins working at a shipyard.

As fate would have it, one afternoon he buys drinks for a group of Marines, including blustery Master Gunnery Sergeant Heffelfinger (William Demarast), who served with Woodrow’s father and was saved by the man’s heroic efforts in his dying moments. Against fervent protests, Heffelfinger calls Woodrow’s mother to let her know her son received a medical discharge, but helpfully relays a few falsehoods along the way, leading the town to believe he is a war hero. 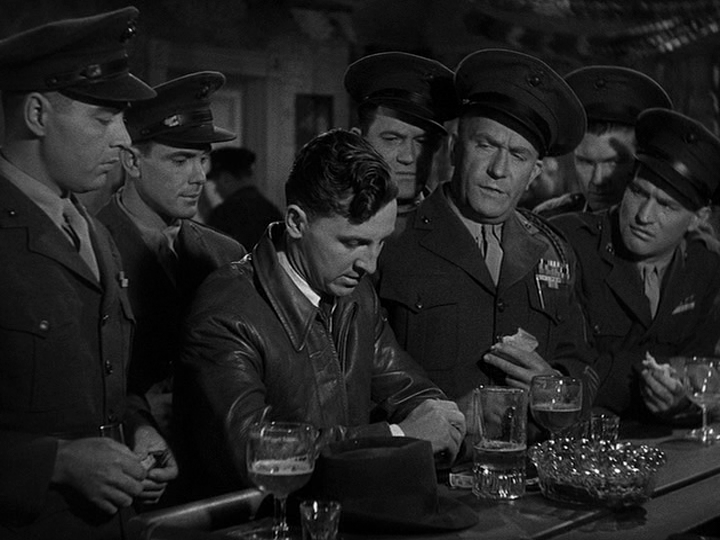 Much to Woodrow’s dismay, the accolades only keep building. A deeper and deeper hole is being dug by his deception, and it’s looking like there’s no way out of it.

In the meantime, Libby, believing Woodrow has fallen in love with someone else, is set to marry another man the following weekend, unless her true love can come to his senses and talk her out of it.

Hail the Conquering Hero film satirizes American politics, human nature and small town values, but as always with Preston Sturges, it’s done in a friendly manner, with moments both funny and touching.

After the first few scenes were shot, producers and studio executives wanted to fire Ella Raines because of a lackluster performance, but Sturges objected. She’d already been announced in the part and cutting her would be humiliating, he felt, and he also resented the interference. In the end, Raines stayed on the picture. Despite her rough start, her performance in the end is befitting the role, and she delivers some of her best lines, those pointed in their satirical nature, in an almost deadpan manner. 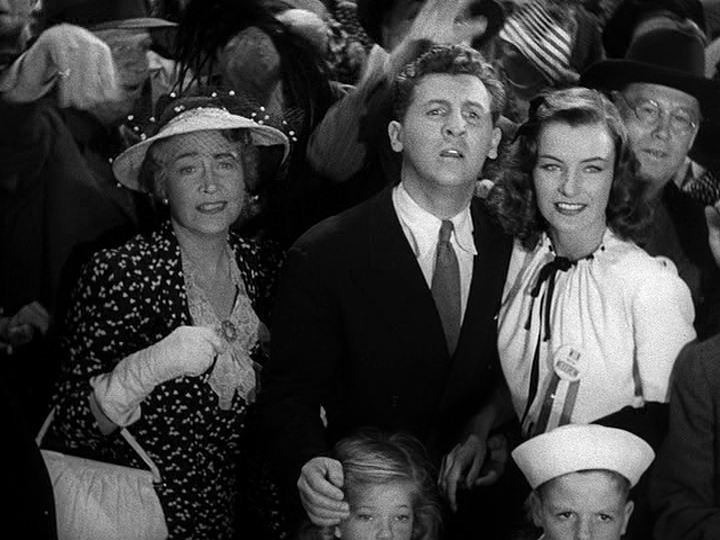 Eddie Bracken is far from your typical leading man, but he’s engaging and utterly believable as the distraught Woodrow. In contrast to Bracken’s befuddled character, William Demarast is well-cast as the rough-and-tumble take-charge Marine who easily moves forth with one tall tale after the other.

Funny, witty and wise, Hail the Conquering Hero is full of sharp one-liners and insight on the American dream. Its edginess is covered by an All-American “gee willikers” type of character, and it delivers on its promise of making you laugh at all the human foible it uncovers.