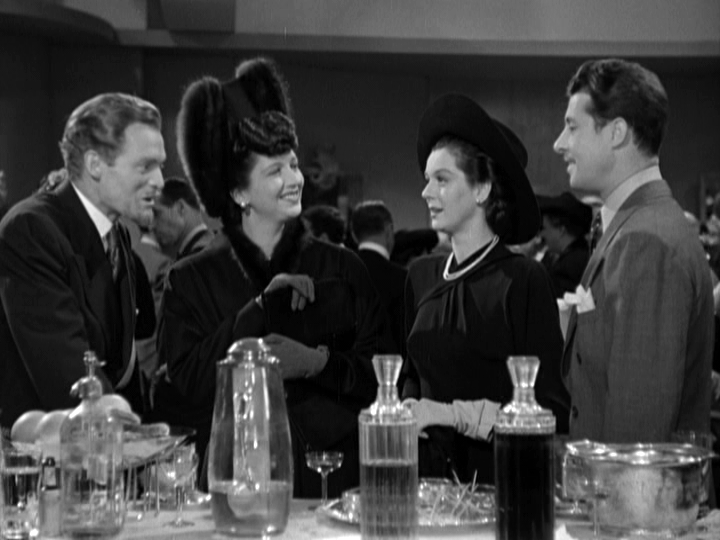 Professor John Hathaway (Don Ameche) is exasperated by his students, in particular the star football player, who would rather flirt with the professor’s wife, Julie (Rosalind Russell), than study. Julie doesn’t take the young man’s advances too seriously, but she is bothered by her husband’s lack of concern about the attention she gets from men.

The professor isn’t likely to get jealous, however. As his book will tell you, jealousy has no place in a healthy marriage.

He’s working to get that book published, and visits publisher Elliott Morgan (Van Heflin) to show him the manuscript. Morgan’s assistant, Nellie Woods (Kay Francis) is in love with her boss, but that doesn’t stop her from pursuing the professor. For his part, Hathaway, either unaware or unconcerned about Morgan’s evident interest in wife, has suggested those two spend time together.

Morgan more than takes him at his word. When Hathaway is mistakenly arrested for lascivious behavior on the subway, Morgan leaps on the opportunity to move in on Julie.

Critics at the time noted the film ran a little long, with The New York Times critic writing, “the film has many too many lines, but they do have a sort of dizzy spin to them, and Miss Russell knows how to deliver them mischievously.”

The “dizzy spin” could be attributed in part to Ogden Nash’s part in writing the script. The author and poet was known for his dry wit and deadpan humor, and fans of the understated will particularly appreciate this movie. 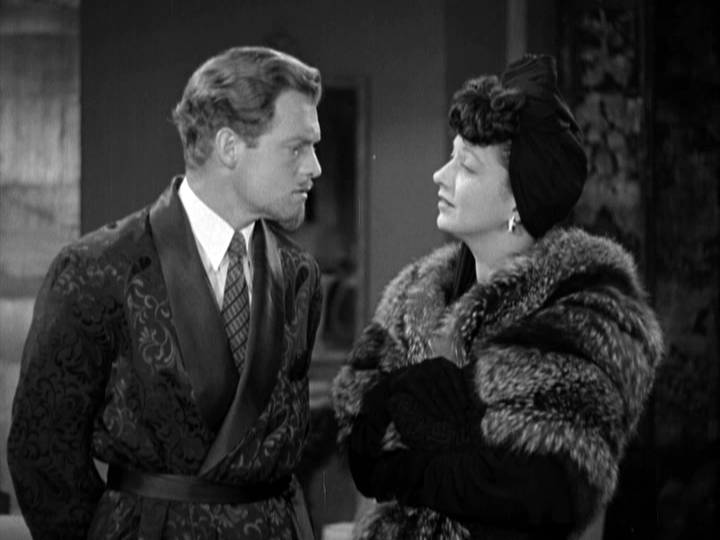 This was Heflin’s first role for MGM after a mediocre career at RKO Studios and a run on Broadway in The Philadelphia Story, where he played the role of Macauley Connor. That accolade was used by MGM to promote The Feminine Touch, despite Heflin’s distinctly “un-Macauley-like” demeanor in the film.

This is a lightweight comedy, with a top-notch cast, particularly Rosalind Russell and Kay Francis, who ultimately engage in a classic cat fight over their men.  They’re far more adept at the battle then the men prove to be moments later. While this is film isn’t the finest work for any of its stars, it is a decent showcase of their talents, and a pleasant film to watch when you need an escape.