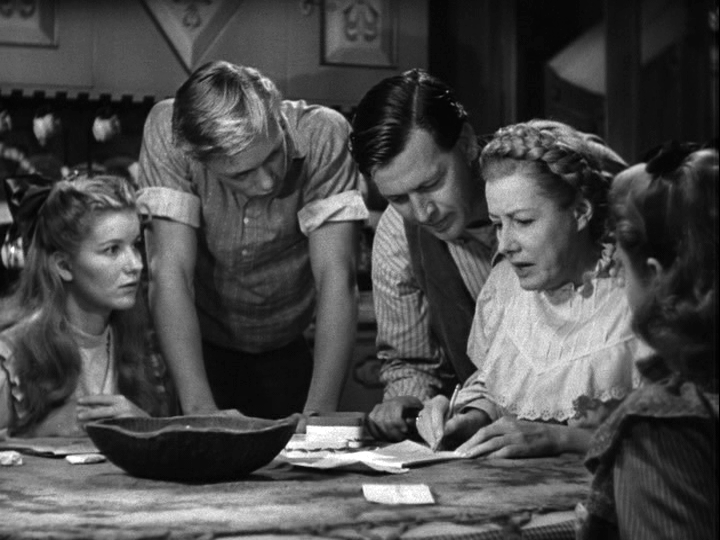 With quiet dignity, wry humor and deep devotion, Marta Hanson (Irene Dunne), a Norwegian immigrant, is raising her family in early 20th century San Francisco. Her story is told in flashback vignettes by her oldest daughter, Katrin (Barbara Bel Geddes), who has just finished writing an autobiographical novel based on her family.

Mama manages not only her home, but the bickering and rivalry among her sisters and uncle Chris (Oskar Homolka). Chris scares everyone, it seems, with his boisterous manner and demanding presence. Yet he’s clearly wounded to learn he’s frightening his youngest family members—Marta’s children—and seeks camaraderie with them, which he creates by leaning in and whispering a shared secret: none of them like Marta’s sisters.

Mama puts her family first, and the children believe she can do anything, even bring the dying family cat back to life. When she inadvertently does just that, she frets that she should tell the family the truth—she simply failed to give the cat enough chloroform, and the deep sleep healed him—but it wouldn’t matter. Her children have absolute faith in her, and with good reason.

This is a nostalgic, sentimental tale, evocative and untroubled. It is near-perfect storytelling, with a stellar cast and fine direction.

Filming went smoothly for this film; Dunne and director George Stevens enjoyed a good working relationship. In a 1979 interview, Dunne recalled that Stevens once told her, “you always give me just a little more than I ask for” saying that was the greatest compliment she had ever received.

She also remembered with gratitude another comment the director had made. Each day she drove into work wearing white driving gloves, she said, and after a scene in I Remember Mama in which she was scrubbing the floor, Stevens told her, “for a woman who wears gloves you sure know how to scrub a floor.” 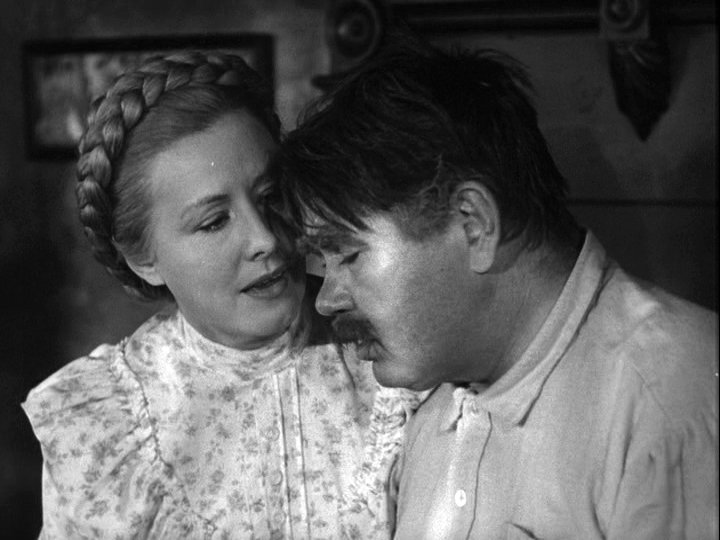 Uncharacteristically for the time, many of the exterior scenes were shot on location in San Francisco. A train carrying more than 160 crew members, actors and actresses traveled to the city, along with costumes, props, makeup, camera equipment and whatever else was needed for shooting.

This was the fifth and last Oscar nomination for Dunne. She won none, but in 1985 received the Kennedy Center Honors for her work in film. When asked why she thought she had never won an Academy award, she said with a laugh, “it’s all about the competition. My competition was much too strong.”

Strong or not, her nomination for I Remember Mama was well-deserved, as were the nominations for the others in the film. This is a sweet movie, but not saccharine, a gift for its viewers.