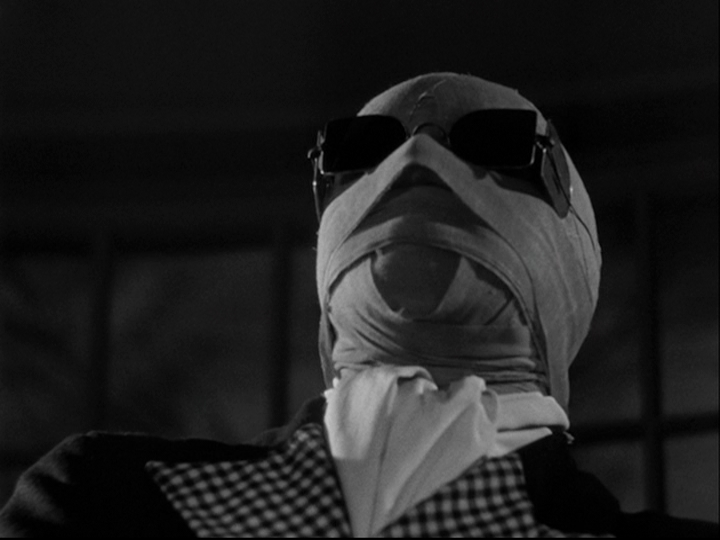 On a snowy winter evening, an oddly clad man, his face wrapped in cloth and his eyes covered by dark goggles, stops in a rural inn, seeking a room for several nights. The man is Dr. Jack Griffin (Claude Rains), and he appears to be involved in some sort of painstaking experiment. Eventually, the innkeeper and his wife reach their limits with his strange ways and seek to evict him. A struggle ensues, the police are called and Dr. Griffin reveals his dark secret—he is invisible.

Meanwhile, Griffin’s fiancee, Flora Cranley (Gloria Stuart), is concerned about his absence, and implores her father, Griffin’s boss Dr. Cranley (Henry Travers), to help her find him. Dr. Cranley, along with another employee, Dr. Kemp (William Harrigan), discovers some notes in Griffin’s lab, including one that states he took the rare drug Monocane, which has been discovered to have dangerous side effects.

Eventually Griffin returns to his hometown and persuades an unwilling Dr. Kemp to help him overtake the “fools of the world,” claiming the mixture of drugs he has taken not only makes him invisible, but has given him the power to rule over others. His “reign of terror” will begin with the murders of random victims.

How this reign unfolds, with the steady undoing of Dr. Griffin’s mind, makes for a tale as compelling today as it was when it first was released. The special effects no longer astound audiences, instead, it is the story itself that draws us in. 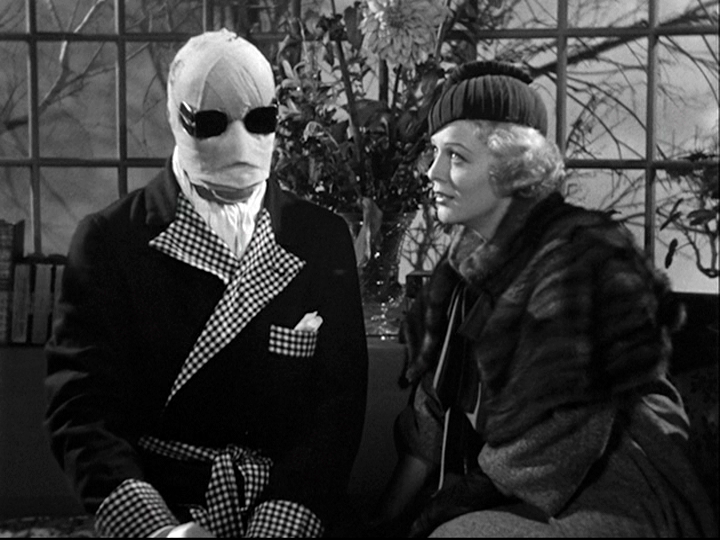 Director James Whale originally wanted Boris Karloff for the the picture, and imagined the film as a horror vehicle for the veteran actor. Karloff, however, declined the role, and Whale ultimately chose Claude Rains, an established stage actor. This was Rains film debut, and it was certainly an unusual start to his long career. While his screen test had been a “disaster,” two things stood out to director Whale that led him to choose Rains for the part: his voice—and his presence. While he feared Rains’ mannerisms were “too theatrical,” that quality turned out to be a strength in bringing his maniacal character to the screen.

In the end, the special effects were heralded more than any performance. These tricks of the trade were an arduous process, and the studio’s effects department head John P. Fulton later recalled some of it: “We photographed thousands of feet of film in the many takes of the different scenes, and approximately 4,000 feet of film received individual hand-work treatment to some degree, making approximately 64,000 frames which were individually retouched in some manner.” 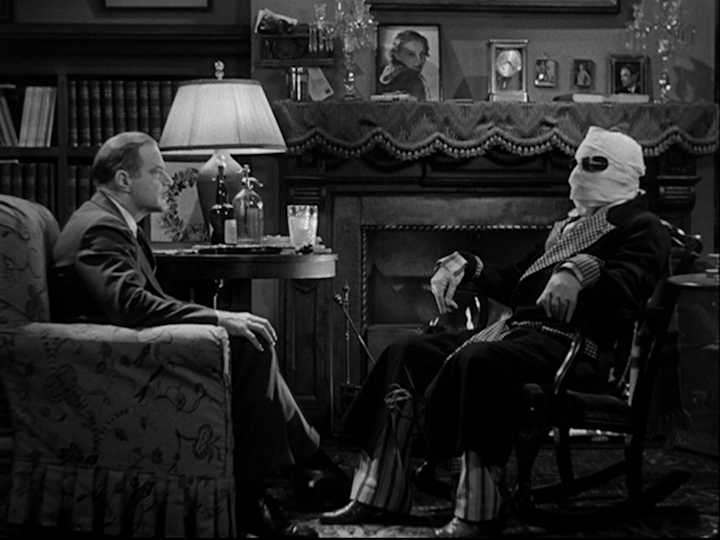 The script was based on the story by H. G. Wells, and as so often happened, once the studio had the rights to the script, they ignored the bulk of the tale they had purchased. Several incarnations existed before novelist John Weld wrote an adaptation strongly based on the original story, although the insanity element was an addition conceived by Whale (and strongly disliked by H. G. Wells). Weld’s treatment of the story was then developed into the final script by R. C. Sherriff, who received full credit for the screenwriting.

Among the actors with minor roles in the film were John Carradine, then billed as Peter Richmond. Carradine, who went to have a successful film and stage career, was the father of David, Keith, Robert and Bruce Carradine, who all became well-known actors, and the grandfather of several other established performers today, including actress Martha Plimpton.

The Invisible Man is a tragic story, well-told and timeless. This is a movie that could easily be passed off as another in the genre of horror films so popular in that era, but it has depth and compassion, and insight into human existence.