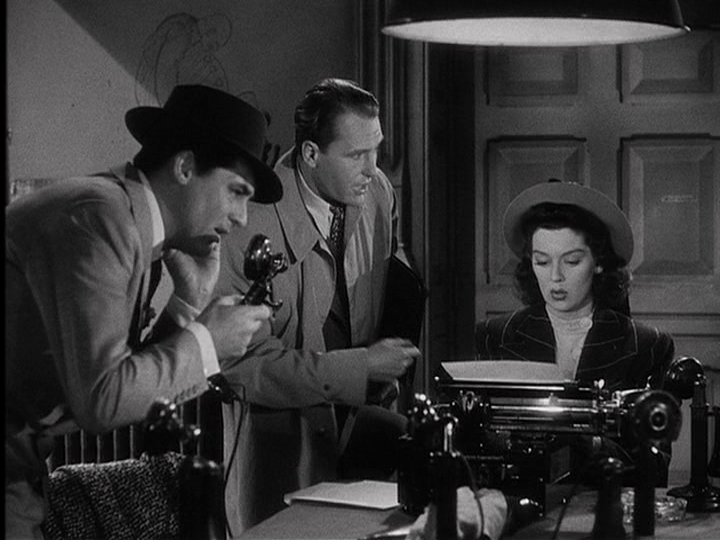 It’s not long before we see mild-mannered Bruce is all wrong for the fiery Hildy, and the witty and sly repartee between Walter and Hildy makes you wonder what tore them apart. 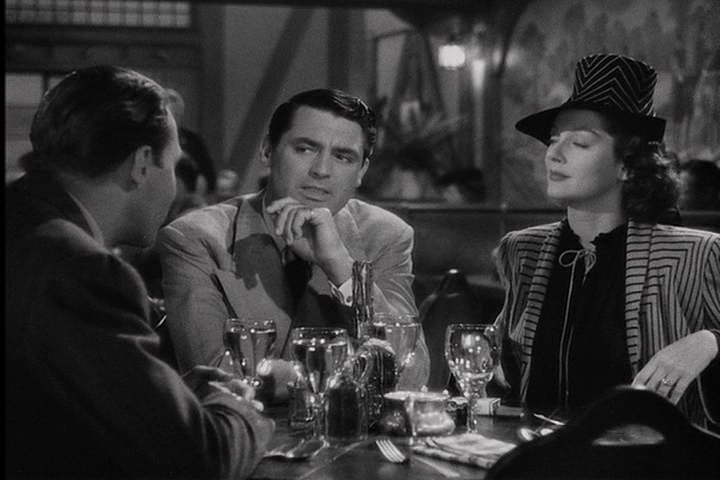 The why’s and wherefore’s of Hildy’s decision to leave Walter and her choice of Bruce are quickly revealed, but it’s no surprise when the impending execution of a possibly innocent man overtakes her reporter’s instincts. She puts the wedding on hold while pursuing the story, and all the while Walter is working on winning her back with some less-than-honorable methods.

Grant’s comedic skills are at their finest. His timing, subtlety—and lack of it when necessary—made him one of the great romantic comedy actors of his day. Russell is his match in every way, and the two definitely have chemistry. As Hildy, wrapped in the quick pace of both the conversation and the plot, she gives a fine portrayal of a woman in a man’s world, long before that became much of a reality.

Based on the play The Front Page by Ben Hecht and Charles Macarthur, Hawks took the original story a step further by making the two main characters ex-spouses instead of  two men. He got the idea after a friendly debate with several others about Hecht and Macarthur, saying they were the producing the finest dialogue of the day. To prove his point, he got two people, one of them a woman, to read the dialogue. He immediately recognized how much better the banter was between a man and a woman. 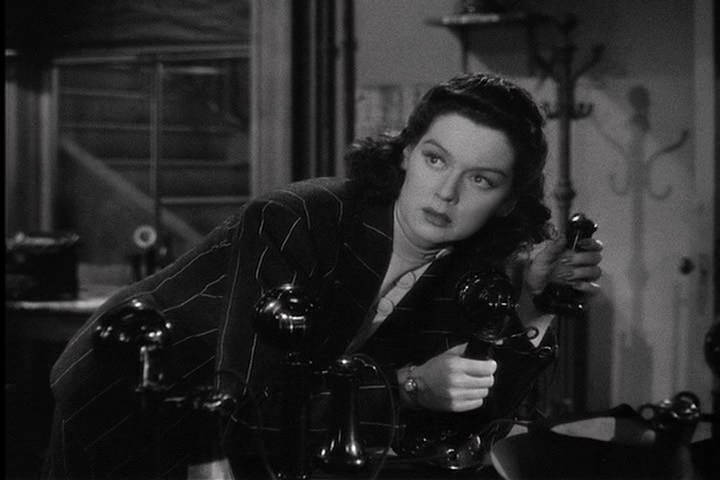 Reportedly, Macarthur liked the idea a great deal, saying he “wished he’d thought of it.” He assisted with the re-writes of the script,  helping shape the new characters.

The mockery of the world of news reporting and the hijinks that surround a dramatic case are, we trust, exaggerated. The remaining cast, keeping up with its stars but never overpowering a scene, support the satirical spirit of the story. It is, however, the interaction between Grant & Russell that make up the best parts of the movie.

This is a great rainy Saturday afternoon film, but don’t wait for a downpour to watch it.