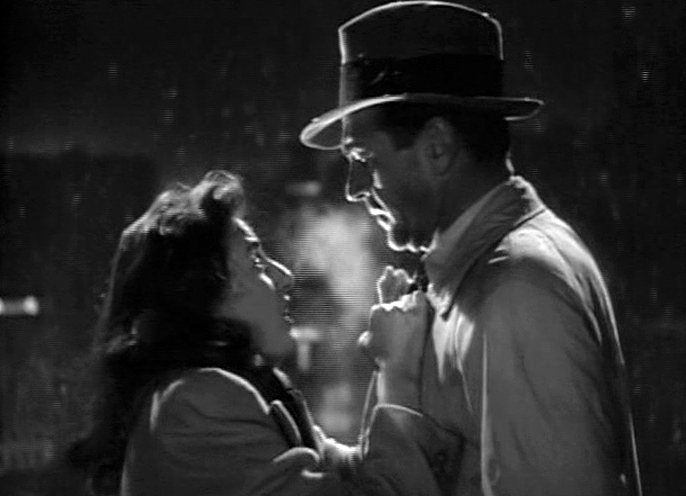 Changes are being made at her newspaper, and reporter Ann Mitchell (Barbara Stanwyck) is incensed. She has one last column to write before she’s out of a job, and she aims to give her editor the sizzle he claims he hasn’t been seeing.

She tells of a letter she received from “John Doe,” who lists the ills of the world and claims he will jump from a landmark downtown building on Christmas Eve if things don’t change. The letter has a startling effect, capturing the interest of the nation. Her editor, in on the hoax, tells her she can keep her job, but she’d better find a suitable John Doe. 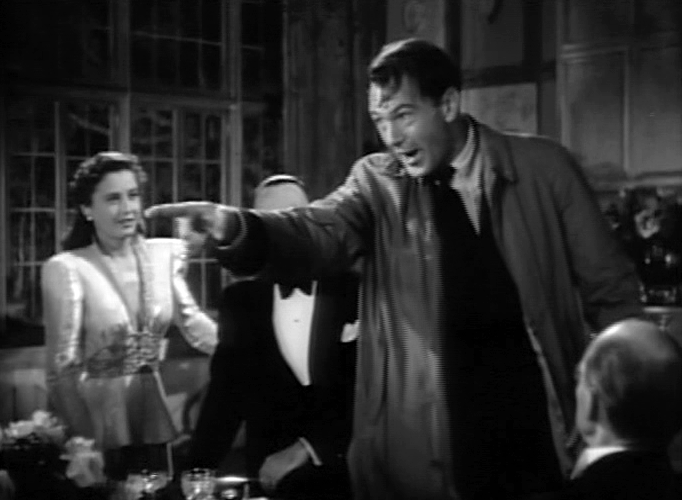 After a bit of a search, she finds John Willoughby (Gary Cooper), who’s willing to pretend to be this modern-day folk hero, as long as he receives the medical treatment he believes will allow him to play baseball again.

Things take a startling turn, however, and John Willoughby takes on the ideals of the fictional John Doe with potentially harrowing consequences.

The movie was nominated for one Academy Award, Best Story. Although Capra called Stanwyck one of the most interesting and professional actresses he worked with, the part was not first offered to her. Both Ann Sheridan and Olivia de Havilland turned it down before it was given to Stanwyck.

Intended as a statement against fascism, Capra and screenwriter Robert Riskin ran into trouble with the final scene. Capra shot several endings, and chose the one he was most able to live with, but forever after clearly stated he wasn’t happy with it. Ideally, he said, to stay true to the story, John Doe would have gone through with the original threat of jumping to his death. But, “you can’t have Gary Cooper committing suicide,” he said.

The starring cast was set before the script was started, and Riskin and Capra structured the characters to the strengths of each actor. The result is a well-crafted story that unrolls smoothly with an ending that, whatever Capra may have feared, is not out of pace with the rest of the tale. The performances of Stanwyck, Cooper and the host of character actors is worth every minute, and the times demanded a satisfying ending. Optimism was key for those dealing with an uncertain future.

Meet John Doe is genuine Capra fare, with idealism facing cynicism, a true-blue hero facing overwhelming obstacles and shining optimism winning out. It is perhaps a bit darker than other Capra films, but the idealism is timeless and the film remains worth the watch.