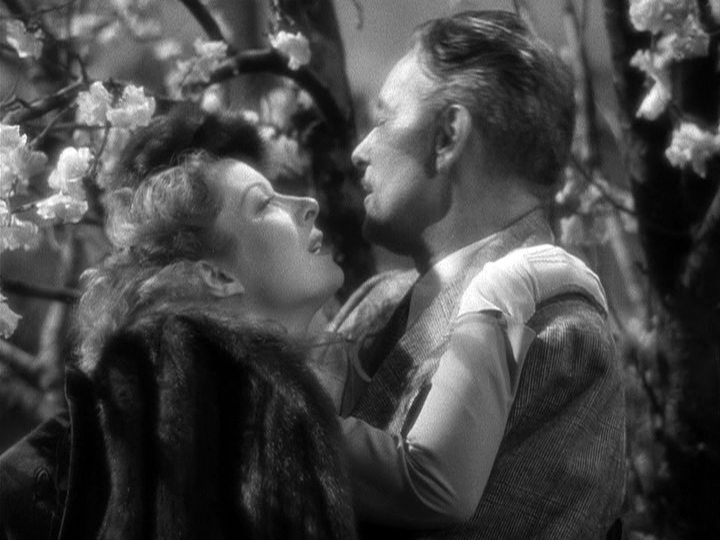 It is 1918, the end of World War I. Injuries suffered during battle have taken all memory from John Smith (Ronald Colman), and, for his protection, he is housed in the county asylum. He escapes one night and finds shelter with Paula Ridgeway (Greer Garson), a showgirl traveling through town. To protect John from being taken back to the asylum, Paula leaves her job and hides with him in the country.

The two fall in love and marry, and soon they have a son. But a chance accident jars John’s memory once again, and he remembers he is the wealthy Charles Rainier. He takes his place in society and the business world, forgetting the family he leaves behind.

Paula later returns to his life, but she keeps her identity as his wife a secret. Still, Charles finds himself falling for the woman who, it seems, reminds him of someone he once loved.

Garson’s performance as a show girl proved problematic for the film’s producers, who were reluctant to risk having her “go Hollywood” with a show of legs. In allegiance to her Scottish roots, she suggested a kilt as her costume. She later said, “I love to dance. It seemed like a wonderful opportunity to prove I wasn’t born with a bustle.”

Life magazine reported, “Tired of being the all-English matron, Greer Garson kicks out high, wide and handsomely in Random Harvest, shows her legs and dances a Highland fling. To her, the nicest compliment was overhearing a stagehand say, “Who’s the dame with the gams?” 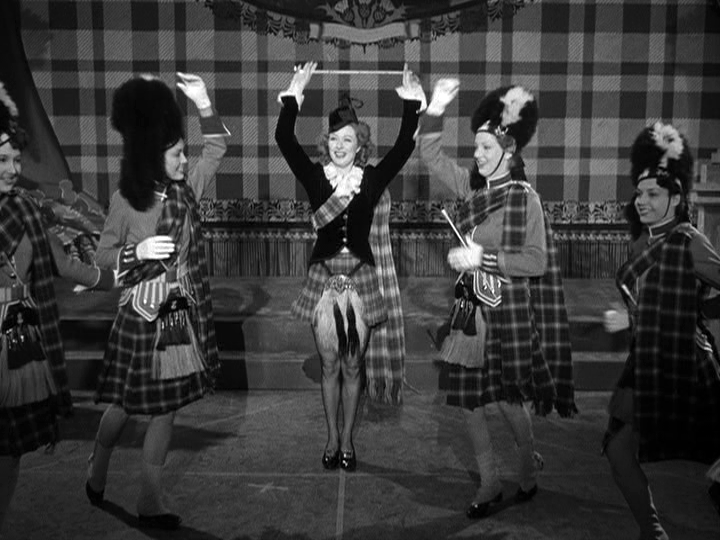 The exuberant dance number is only one facet of Paula Ridgeway. She is, by turn, show girl, joyous wife and mother, diligent secretary and poised lady of society. Garson steals each scene, and no matter what Paula’s station in life may be, the actress’s class shines through. Still, it is clear the happiest time for Paula is also the simplest, when she is the bride of John Smith.

Random Harvest is an improbable tale, but audiences have never dwelt on the logic of the story. It’s the romance and the many changes in the lives of the characters that captivate people. Based on the highly popular novel of the same name by James Hilton, MGM wasted no time in bringing the tale to the screen. People were hungry for escape from the news of war, which was now hitting home for many Americans.

Romances and melodramas by their nature step outside of day-to-day reality, and Random Harvest takes one away in style. Garson and Colman as Paula and John truly seem destined to be together, and with every turn one waits for the truth to be revealed.