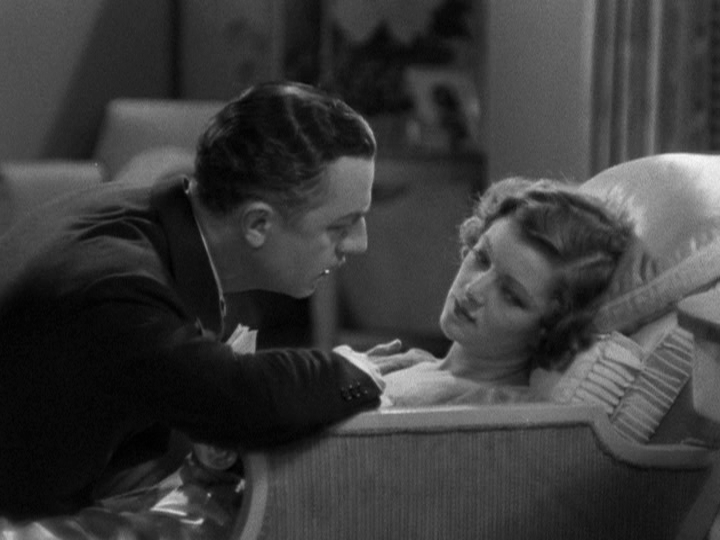 Evelyn Prentice (Myrna Loy) loves her husband John (William Powell), but he puts career ahead of his family. Currently he’s involved in a manslaughter case with a beautiful defendant, Mrs. Nancy Harrison (Rosalind Russell), and knowing his client’s life depends on him is keeping him away from home.

But it’s always something, and as soon as Mrs. Harrison is acquitted, John is off to Boston from his New York home. On the train he meets up with his client Mrs. Harrison once again, but rebuffs her advances. She’s clever, however, and plants a watch engraved with both their names, knowing the train personnel will return it to him.

In the meantime, Eleanor is approached by Lawrence Kennard (Harvey Stephens), a ladies’ man who pretends they’ve met before in an effort to get to know her. That fails, but when the watch Mrs. Harrison left on the train arrives with a note saying it was found in Mr. Prentice’s drawing room, Eleanor allows herself to be enticed into meeting with Kennard. 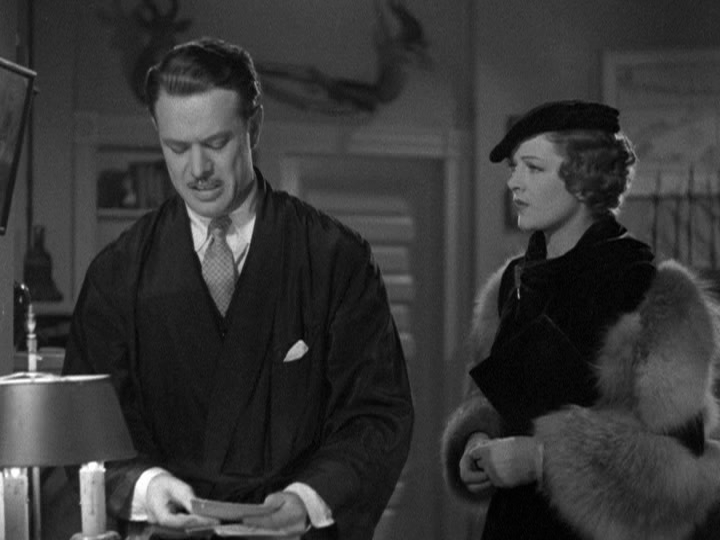 Kennard is persistent, but Eleanor is still in love with John and pulls the stop on their burgeoning relationship. Eventually Kennard lures her back to his apartment, and it’s there he tries to blackmail Eleanor with letters she wrote to him. Although the letters are innocent, Eleanor is afraid they might be misconstrued. She spots a gun in his desk drawer and pulls it out, threatening him with it until he hands over the letters.

While all this going on, Kennard’s girlfriend, Judith Wilson (Isabel Jewell), is approaching his apartment when she hears a gun go off. She enters through the kitchen while Eleanor dashes out from the study. Judith is found shortly thereafter standing over Kennard’s body with the gun in her hand, and is charged with his murder.

But Evelyn cannot let an innocent woman go to prison, and a courtroom drama follows. 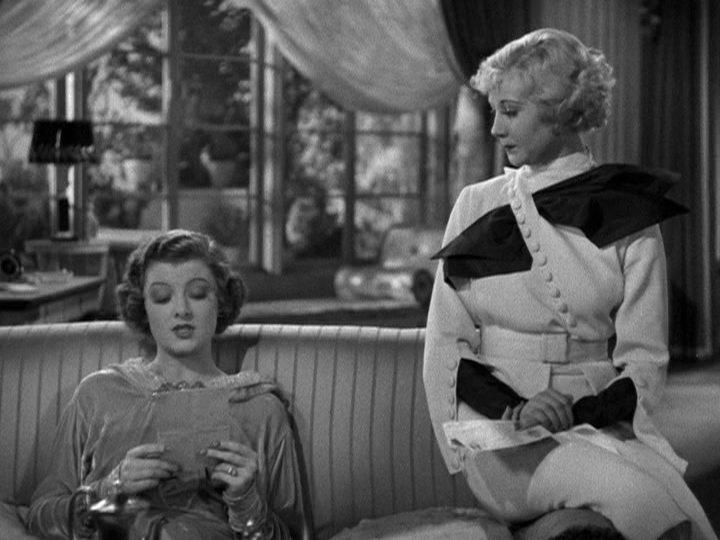 Evelyn Prentice was made after The Thin Man and Manhattan Melodrama, playing on the growing popularity of Powell and Loy as an onscreen couple. While not as well-received as The Thin Man, the movie did a reasonable box-office business and added to the studio’s desire to capitalize on the pair.

This was Russell’s film debut, and in her early career she was often cast as the other woman to such actresses as Loy and Jean Harlow. In her autobiography, Life is a Banquet, she wrote, “There would be Jean, all alabaster skin and cleft chin, savory as a ripe peach, and I’d be saying disdainfully to Gable or Bob Montgomery, ‘How can you spend time with her?‘” Despite the animosity among their characters, in real life, Russell became good friends with both Powell and Loy.

Evelyn Prentice is not a great film, but the talents of Powell and Loy keep it from sinking below an acceptable level. It also proved that the two, especially Loy, had talent for the dramatic. A must-see film for fans of this onscreen couple.