Five diverse individuals, each battling his or her own demons, are staying at the Grand Hotel where their lives and stories intersect. All lives are changed during that stay; some improve, some are left with nothing.

Otto Kringelein (Lionel Barrymore) is a retired assistant bookkeeper with only a short time to live. He’s decided to spend his life savings playing out his last days in luxury, and despite his meek nature, demands an elite room. Baron Felix von Geigern (John Barrymore) is an aristocrat without a penny to his name, forcing him to resort to thievery to maintain his standard of living. His latest victim is to be ballerina Grusinskaya (Greta Garbo), whose declining career has led her to despair. 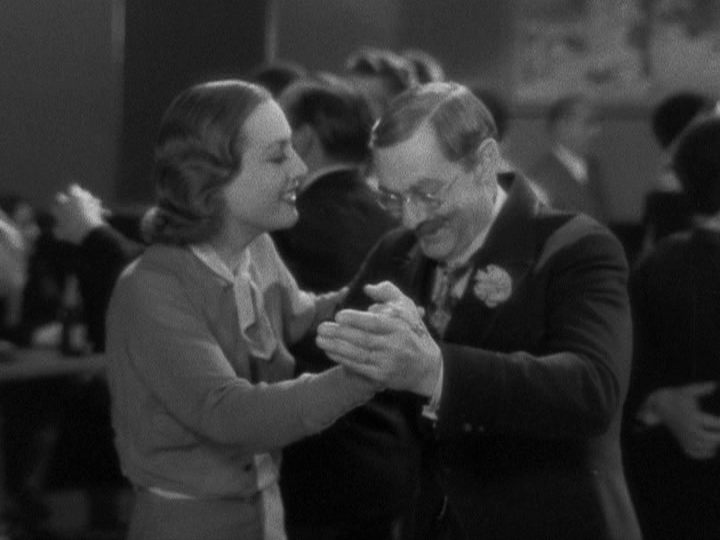 There’s also Kringelein’s former employer, General Director Preysing (Wallace Beery), whose business is depending on a merger that has fallen through, and ladder-climbing Flaemmchen (Joan Crawford), the stenographer he hires for a business meeting with potential investors.

The Baron, despite his tawdry livelihood, is a gentleman and the one pivotal to moving all lives forward, whether to disaster or triumph. His fate seals that of the others.

This pre-code film was the first to use an all-star ensemble cast, a tradition studios carried out for years to come. It also is known for its deft storytelling. The winner of the Academy Award for Best Picture, it was not nominated in any other category, the only film in the Award’s history to hold that dubious distinction.

Garbo’s famous line “I want to be alone” is uttered by her character in Grand Hotel, and is credited with solidly establishing her reputation as a recluse and loner. Later she clarified the real-life meaning of the phrase for herself when she said, “I just want to be left alone.” In addition to that famous line, this film, along with Anna Karenina, is often credited as the movie that proved her star power was not just in silent films, but was also found in the new “talkies.”

She was initially reluctant to be in Grand Hotel, in part because she felt that, at the age of 27, she was too old to play a diva ballerina. Studio head Irving Thalberg convinced her otherwise, and promised she could select the actor who would play Baron von Geigern, her love interest in the story. Initially she wanted her former fiancé John Gilbert, but his career was in a decline, and she accepted Thalberg’s suggestion of John Barrymore instead.

Thalberg had to convince Beery and Crawford to star in the movie as well, but lucky they did, given its success. Crawford in particular was credited for rising to the level of the performances of her well-established co-stars and gaining credibility as an actress in talking pictures.

The movie had a huge budget for the time, a good portion of which was spent on the phenomenal Art Deco set.

Grand Hotel established a new style of film, one of many characters whose lives may or may not be entwined. Neil Simon, among others, later copied this technique in some of his productions. It also was the direct inspiration for the production of Dinner at Eight a year later. It is a credit to the then still-young movie industry that it holds up so well today.