Bonnie Lee (Jean Arthur) has just arrived in Barranca, a port town in South America, on a banana boat and plans to leave the next day for Panama to make her fortune as an entertainer. She makes the acquaintance of two fellow Americans, both pilots for the struggling Barranca Airways, who buy her a drink and promise her a steak dinner later.

Tragically, one of the pilots. Joe Souther (Noah Beery, Jr.) dies in a plane crash later that day. Bonnie is distraught, feelings that aren’t helped by the seeming nonchalance of the other pilots, in particular, Geoff Carter, the chief pilot of Barranca Airways. She challenges him, and the two have a heart to heart talk about the dangers of flying. At the end of the discussion. Geoff leaves on a flight, believing Bonnie will be gone on her boat before he gets back. But she has already developed feelings for him, and chooses to stay in Barranca.

She quickly realizes her mistake, however, and vows to catch the next boat out–a week hence. Things start to get complicated when a new pilot shows up, one Bat MacPherson (Richard Barthelmess), best known for bailing out of his plane and leaving his mechanic to die. That mechanic happened to be the brother of another pilot in Barranca, “Kid” Dabb (Thomas Mitchell), who is Geoff’s best friend. Good pilots are scarce in Barranca, so Geoff agrees to let Bat fly, but warns him he’ll be assigned the most dangerous flights.

But the greater complication turns out to be Bat’s wife, Judy (Rita Hayworth), who is Geoff’s former love, a woman who left him because he refused to give up flying. Add to this the promise of a lucrative government contract if Barranca Airways delivers the mail for six months without trouble. The small airline has been in dire straits financially and is barely afloat, so the contract would be invaluable, and the six months is almost over.

Meanwhile, despite herself, Bonnie finds herself growing more in love with Geoff. Romance and danger come together in Barranca, and the lives of all are about to be changed.

This marked Hayworth’s first role in a major motion picture, and she later confessed to great feelings of inadequacy over her performance. Hawks, for his part, recognized she hadn’t yet developed a “performer’s ego” and played on her inexperience, drawing out her performance in subtle ways and positioning her in a manner that capitalized on her inherent sexuality. Hayworth had trouble with Hawks, but got along well with Grant.

This is also the only film where Grant comes close to saying “Judy, Judy, Judy,” a trademark quote with no known origin. At one point he says, “Judy, Judy,” although with nothing resembling the inflection this quote is later given. It is worth noting that some believe the quote more likely originated with an introduction Grant once gave to Judy Garland.

Only Angels Have Wings was nominated for two Academy Awards, Cinematography and Special Effects. This was 1939, considered by many Hollywood’s best year, and competition for Academy Awards was stiff. Only Angels have Wings was also selected as one of twelve films representing the United States at the first Cannes Film Festival. Unfortunately, the festival was canceled due to the onset of World War II. 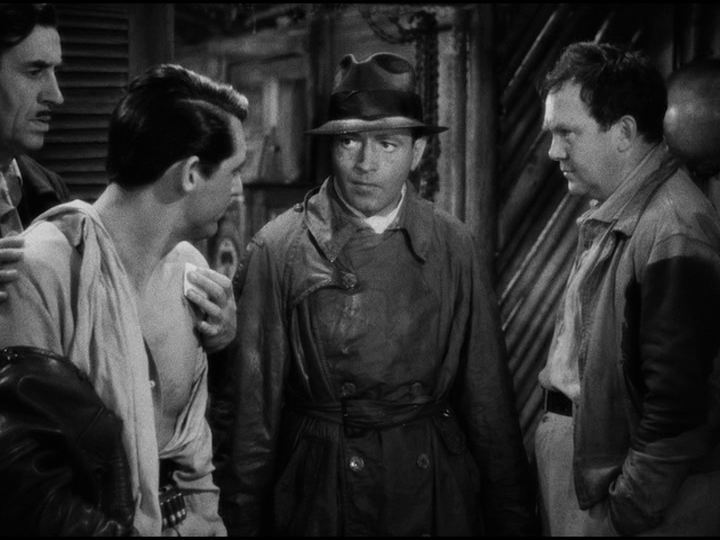 Only Angels Have Wings is a fine adventure story with the love triangle played up well by Grant, Arthur and Hayworth. If Hayworth is not at the top of her game, it’s understandable with her inexperience and easily overlooked by her more seasoned counterparts–and audiences. This is a notable film classic movie fans will find well worth the watch.