Polly Parrish (Ginger Rogers) has just been laid off of her seasonal job at Merlin and Son’s Department Store. It’s Christmastime, and she is in need of income, any income.

While at lunch on what appears to be her last day of work, she passes a foundling home and sees an older woman drop off an infant. Afraid the child may fall off the steps, Polly reaches out to pick him up. Just then, one of the home’s matrons opens the door. Inside, Polly’s unable to convince the home’s director the baby isn’t hers, but escapes the situation without a bundle of joy.

The foundling home tracks down her employer and convinces David Merlin (David Niven), the son in “Merlin and Son’s,” to give her back her job so she can care for “her” son. He does, but ends up paying an unexpected price for his generosity. Through a series of mishaps, the elder Mr. Merlin (Charles Coburn) comes to believe his son is the father of the baby. He quite vocally expects him to do right by the child and his mother.

Bachelor Mother is an engaging comedy, predictable in some ways, yet clever in the details and twists that raise it above the level of bland storytelling. Nivens, Rogers, and Coburn each bring his or her own particular charm. Rogers in particular shows an edgy, droll side. It doesn’t hurt that the baby is delightful, performing, it seems, on cue, although of course that likely wasn’t the case. 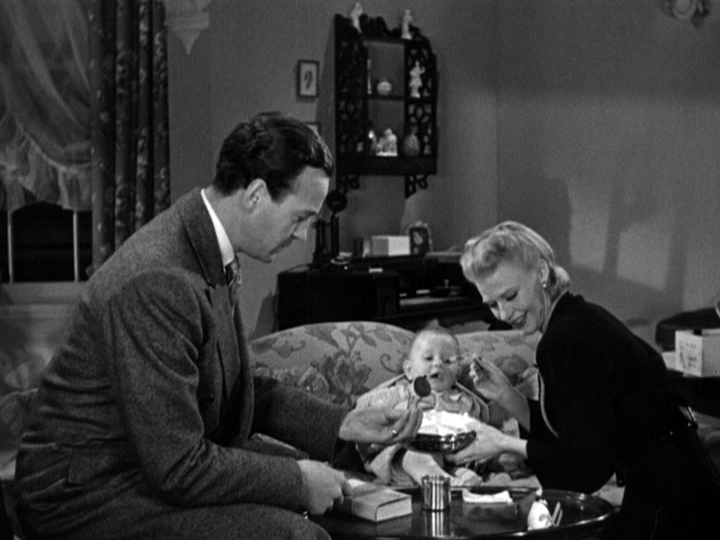 Rogers initially expressed “deep reservations” about the script, stating the story line was thin and the characters “had no life.” However, her concerns proved unfounded. In her autobiography she wrote, “I loved working with David Niven and the precious baby…(Garson Kanin) was imaginative and spontaneous and his good humor and lively sense of comedy smoothed out any problems along the way.”

The script was by prolific screenwriter Norman Krasna, who also wrote the screenplays for such movies as Mr. and Mrs. Smith and White Christmas. It was based on a story by Felix Jackson, who received the film’s one Academy Award nomination, Best Writing, Original Story.

The film critic for The New York Times wrote “through smart writing, direction and performance, the theme is developed hilariously, with sudden and unexpected twists which never are permitted to affect the insane logic of the yarn’s progression.”

Perfectly enjoyable, Bachelor Mother is a comedy all classic movie fans should see. While the plot line of child abandonment hardly seems comic material, it’s handled in such a way that the improbable is easy to believe and the unbefitting is downright funny.