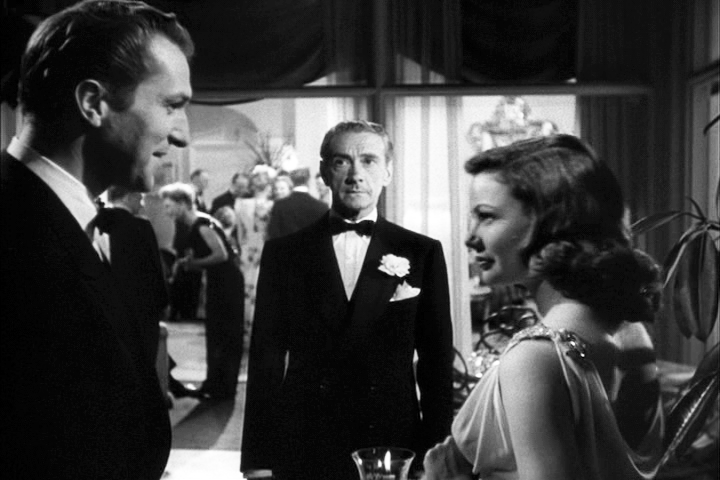 Detective Mark MacPherson (Dana Andrews) is called to investigate the murder of a beautiful young advertising executive, Laura Hunt (Gene Tierney). He begins his interviews of her penthouse society crowd with one of her closest friends, the caustic, odd and self-centered Waldo Lydecker (Clifton Webb), whose jealousy over his protégée’s engagement to the ingratiating Shelby Carpenter (Vincent Price) is evident.

Through a series of flashbacks, Laura’s story is told, and MacPherson finds himself drawn into the circle of the captivating woman’s male admirers. As Lydecker scathingly notes, the detective has begun to dream of a life with his murder victim, getting to know her through her personal correspondence and diary.

A twist in the tale throws the investigation onto a whole new course, with a winding path of discovery.

Laura has a number of odd elements, such as the investigation techniques of Detective MacPherson and the effete personality of Lydecker, who appears to be in love in Laura. While a bit distracting, the story doesn’t suffer from any of these incongruities.

For several of the cast, this was a career-launching film. It was a breakout role for Clifton Webb, who was in his 50s at the time and primarily had worked on stage. Both Gene Tierney and Dana Andrews, whose success had been modest to date, gained A-list recognition from their peers and audiences. Andrews had learned about the film from his friend Lewis Milestone, who had turned down the job of director for the film. He lobbied hard for the role, going so far as to get Hedda Hopper to advocate for him in her column.

Even the director, Otto Preminger, found his film career taking off again with the success of Laura, after having been shunned by Hollywood because of disputes with powerhouse Darryl Zanuck.

Followers of Vincent Price will be surprised by the subservient nature of his character, quite a departure from his career-defining persona in thrillers and horror films. He’s decisively believable, showing well his broad range of talent, and this role is considered by many to be one of his best.

The haunting melody of the music score was also immediately popular with audiences, who began to ask for recordings and sheet music. A year after the film was released, Johnny Mercer added lyrics, and the song Laura became an instant musical standard and one of the most recorded songs of all time.

A film noir classic of murder, love and obsession, Laura epitomizes that genre in many ways with its stark cinematography, urgent narration and moody drama. Today this movie is considered by many to be definitive film noir, and the mystery and suspense don’t lessen with time.