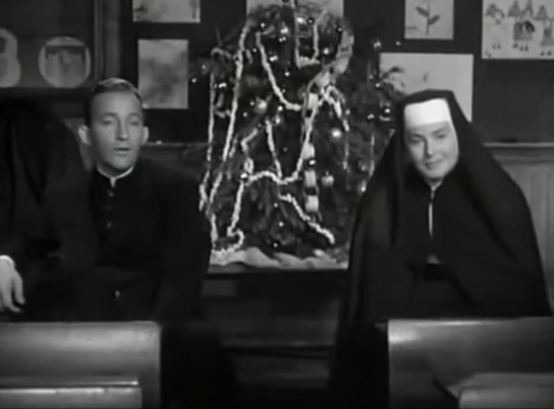 Father Chuck O’Malley (Bing Crosby, in a reprisal of his role from Going My Way) has been assigned to pastor a school with a flagging reputation, in large part because of its dilapidated building. When he meets Sister Mary Benedict (Ingrid Bergman), he learns of her faith that one of the town’s wealthiest men, Horace P. Bogardus (Henry Travers) will deed them the new building next to the school. It seems an impossible belief, but nuns are known to have confidence in the impossible.

Father O’Malley and Sister Benedict share a pleasant relationship, but they don’t always see eye-to-eye. When two boys are caught scuffling on the playground, the solution is a point of friction between the leaders of the school. A more important area of disagreement is the promotion, or lack thereof, of one of the eighth-grade girls who has struggled academically and socially.

But they are together in the important things, and the strength of their friendship makes for a charming story. 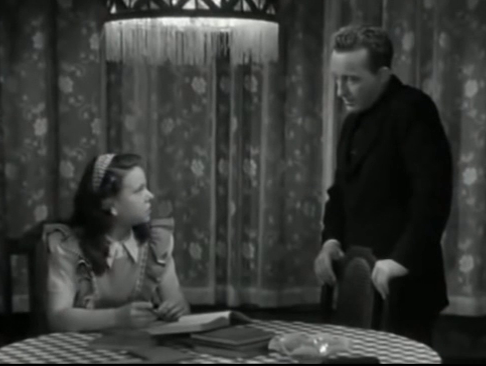 The film opened to mixed reviews, but was well-received by audiences, so well received, in fact, that reportedly more people saw The Bells of St. Mary’s than saw Gone With the Wind. Critics had issues with the movie’s similarity to Going My Way, but that seemed to be exactly what people wanted. After four years of war, a feel-good film fit the bill.

Bergman was under contract to David O. Selznick, who reluctantly loaned her out to the film for a handsome deal. Shortly after production began, she won the Academy Award for her performance in Gaslight. Crosby and McCarey also won for Best Actor and Best Director, respectively (both awards for Going My Way). Upon accepting her award, which was given after the two men had won theirs, Bergman joked, “I’m particularly glad to get it this time because tomorrow I go to work in a picture with Mr. Crosby and Mr. McCarey, and I’m afraid that if I went on the set without an award, neither of them would speak to me!” In fact, she already found Crosby aloof and difficult to talk with outside of their performance together. 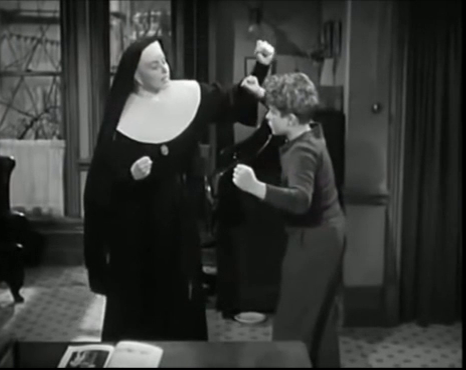 The Bells of St. Mary’s was nominated for seven Academy Awards, including Best Actor (Crosby), Best Actress (Bergman) and Best Director. It won for Best Sound, Recording. Crosby’s nomination made him the first actor in history to receive two nominations for portraying the same character. To date, while several other actors have received the same honor, none has won the award twice for playing the same individual.

This film about a priest and a nun is easily enjoyed by people of all faiths, for at its heart it is a story of human kindness and generosity. The Bells of St. Mary’s is easily as good as Going My Way—and in some ways even better.