Note: this movie is told in the present and flashback, alternating between the two. I have separated the stories rather than weaving them together as the film does.

There is no family wealthier than the Parkingtons, and the clan has gathered together for Christmas. The youngest of the family, Jane (Frances Rafferty), confides in her great-grandmother, Susie Parkington (Greer Garson) that she plans to elope with one of her father’s employees, Ned (Tom Drake). The young man, ambitious but poor in comparison to the Parkington’s millions, wishes to take Jane away from her family’s selfish, sniping lifestyle.

Ned knows a secret about Jane’s father, Amory Stilham (Edward Arnold), that he is reluctant to share, and when he does, it ultimately reveals the character of the Parkington family.

Decades before, a brash, arrogant man (Walter Pidgeon) rides into the small Nevada town of Leaping Rock. He catches the attention of a young woman, Susie. She and her mother run the only boarding house in town, catering to the needs of local silver miners. It turns out the stranger, Augustus Parkington, owns the mine. Susie goes out of her way to make room for Major Parkington, and he, in turn, pursues her. 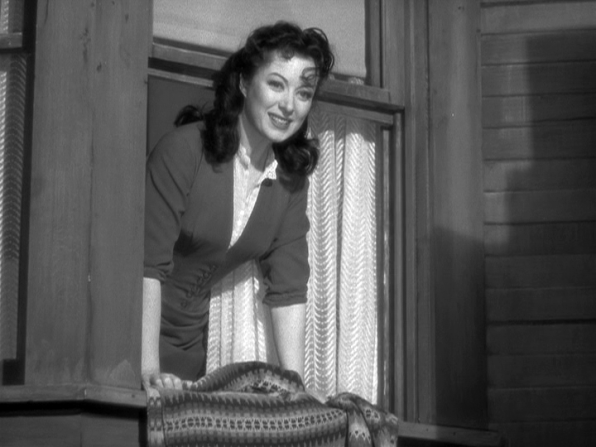 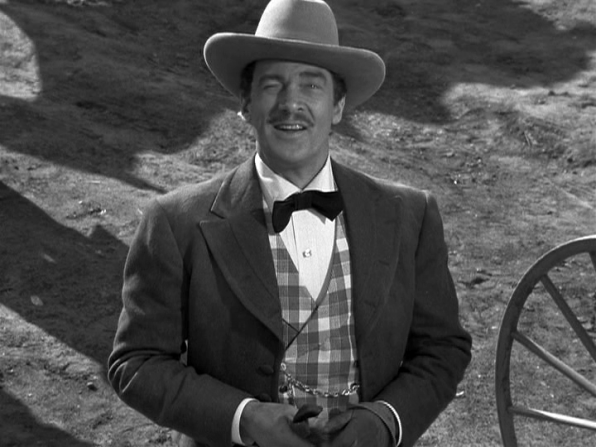 Soon after, an explosion in the mine takes the life of Susie’s mother, and Parkington steps in and offers, rather insistently, to marry Susie. She has fallen for him and agrees, having no idea just how wealthy he is.

She soon finds out when a close friend and former lover of Parkington’s, Baroness Aspasia Conti (Agnes Moorhead), takes Susie under her wing. Susie grows into the wealthy lifestyle of her husband’s, but always overriding any appreciation she may have for the money is her love of Augustus Parkington. He is inclined to be obstinate and even vindictive, but softens under the influence of Susie.

He has one decree for his heirs: should they become like the wealthy men and women he despises for their lack of appreciation of the hard work of their forefathers, whoever is still alive—he or Susie—should straighten them out.

The past and the present eventually collide, and the elderly Mrs. Parkington is faced with carrying out her late husband’s decree—or not.

Mrs. Parkington was the fourth film out of eight that Garson and Pidgeon made together, and the fourth film in a row that led to an Academy Award for Best Actress nomination for Garson. (The following year she would be nominated for the same award for the fifth time in a row, a distinction she shares only with Bette Davis to this day.) Agnes Moorhead also received a nomination for Best Supporting Actress.

Garson initially complained about playing a woman in her eighties, saying she had no role model for the stately manner she was expected to play. She changed things up a bit, making the elderly Mrs. Parkington a more spritely creature, one who laughed and flirted with handsome men. She surprised Louis B. Mayer with this outgoing manner by calling out to him one day during rehearsal. Mayer didn’t recognize the elderly matron as Garson, and was taken aback, wondering if he knew her.

The film was popular with audiences but less so with critics, who felt it was a bit of a soap opera and too melodramatic. Perhaps, but Garson and Pidgeon make it worth watching on a rainy afternoon.