In 17th century Salem, two witches, Jennifer (Veronica Lake) and her father Daniel (Cecil Kellaway), are burned at the stake, and an oak tree is planted over their ashes to trap their spirits. In revenge, Jennifer casts a spell on the man responsible for their demise, Jonathan Wooley. He and all his male descendants will find misery rather than love.

That spell’s magic is worked in the lives of all Wooley men over the next 270 years, and it looks like it’s about happen again. Gubernatorial candidate Wallace Wooley (Fredric March) is about to marry Estelle Masterson (Susan Hayward), whose father, J.B. (Robert Warwick), is Wallace’s biggest political supporter.

The day before the wedding (and two days before the election), lightning strikes the oak tree trapping  Daniel and Jennifer, and their spirits are released. They soon find Wallace, and Jennifer is gleeful about the thought of further revenge. Against his better judgment, Daniel allows Jennifer to talk him into letting her take human form once again.

To do that, a fire must occur, and Daniel sets fire to the local Pilgrim Hotel. Wallace, Estelle and J.B. are caught in the traffic caused by the inferno, and Wallace exits their cab to get a closer look. He hears a voice calling out, and enters the blazing hotel to rescue whomever to which it belongs.

That person, of course, is Jennifer, who seeks to wreak havoc on Wallace’s upcoming nuptials by making him fall in love with her. Over the next few hours she attempts to do this without witchcraft, but finally turns to her father for a love potion. Fate being what it is, she is the one who ends up drinking it and falling in love with Wallace.

That is only the beginning of the antics to follow. It remains to be seen which is stronger–witchcraft or love.

I Married a Witch was nominated for one Academy Award, Best Music (Scoring of a Dramatic or Comedy Picture). It was also nominated for a Hugo Award for Best Dramatic Presentation–Short Form. The Hugo Award is an annual literary award for the best science fiction or fantasy works and achievements of the previous year, and is considered the premier award for those types of works.

Veronica Lake was being paid a mere $750 a week at the time I Married a Witch was made, and her growing popularity caused her to protest this low amount (top earners at the studio were making around $5,000 a week). Paramount, however, fought back, threatening to cancel her contract or put her on suspension if she didn’t cooperate. Lake returned to making movies at the same low salary.

Joel McCrea was originally set to play the lead opposite Veronica Lake, but he pulled out under objections to working with her again. They had starred together in Sullivan’s Travels the year before and McCrea found Lake difficult to get along with. His withdrawal from the project caused a significant delay in production. 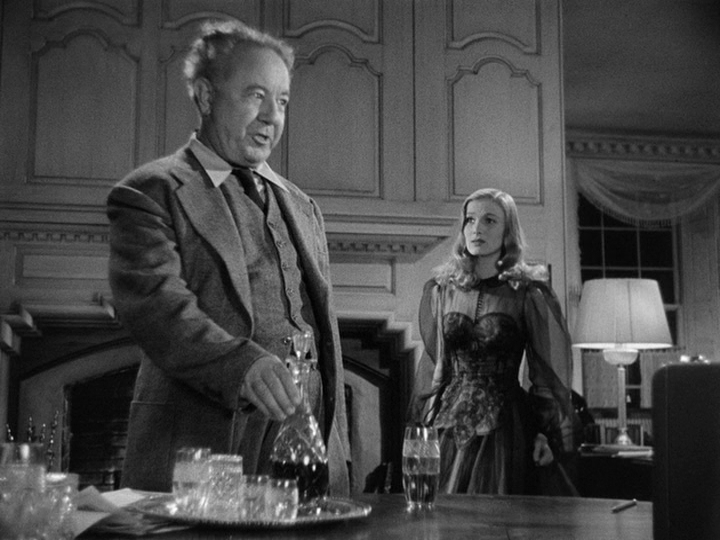 Fredric March didn’t get along with Lake any better than McCrea had, and the ensuing tension between the two stars resulted in passionate scenes onscreen. Lake took to playing pranks on March, such as placing a forty-pound weight under her dress when he had to carry her a distance in the hotel fire scene. She also dug her foot into his groin in a scene where the two are being shot from the waist up; Lake later recalled in her autobiography that March was “a pro” during that scene and never showed his discomfort, but “when the scene was over, he laced into me. I just smiled.”

The hotel fire scene caused some consternation for censors. Originally Jennifer was to appear walking through the smoke toward Wallace, shown only from the shoulders up. The problem was, she’s naked in the beginning of the scene. When producers protested that viewers would see nothing more than they would if she were wearing an evening gown, censors responded that Fredric March would.

I Married a Witch is a charming romance with some wicked antics mixed in. By the way, the 1964 television series Bewitched is said to be based on the film.