Stanley Banks (Spencer Tracy) has a favorite child, his daughter, Kay (Elizabeth Taylor). When she announces she’s getting married, he realizes his days being her favorite are numbered. From now on, her loyalty is to Buckley Dunstan (Don Taylor). He lies awake at night, worried about her future, but comes to realize the wedding is inevitable and he must accept it.

From there the next three months are a whirlwind of activity as the simple wedding that was first proposed grows a more extravagant affair, and Stanley finds himself becoming less and less important to his wife (Joan Bennett) and his daughter. Or so he fears, but his fears, it turns out, are baseless. 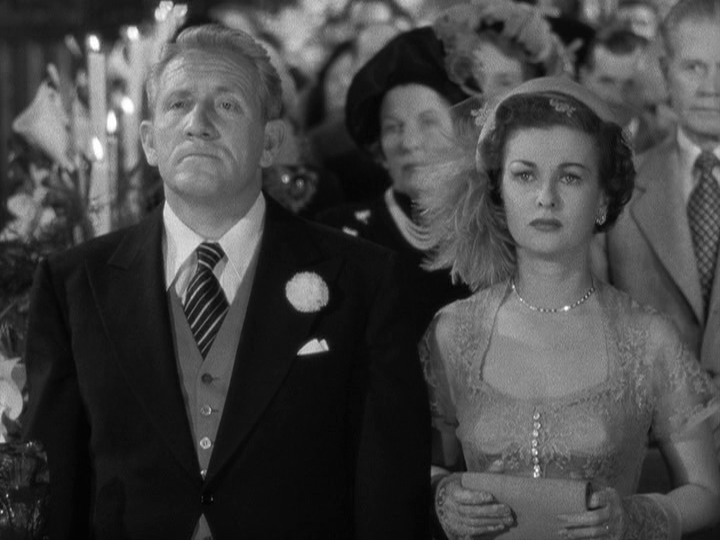 Father of the Bride was nominated for three Academy Awards, Best Actor in a Leading Role, Best Writing (Screenplay) and Best Picture. It won none, but was one of the highest grossing films of the year.

According James Curtis in his book Spencer Tracy: A Biography, Tracy was affable and agreeable on the set of Father of the Bride, something for which he wasn’t always known. At least one of his co-stars relished the time working together. “Elizabeth Taylor regarded the opportunity to work with him as a masters class in the art of film acting: ‘Even at eighteen I learned so much by just watching Spence…it was his sense of stillness, his ability to use economy of movement, vocal economy.'” 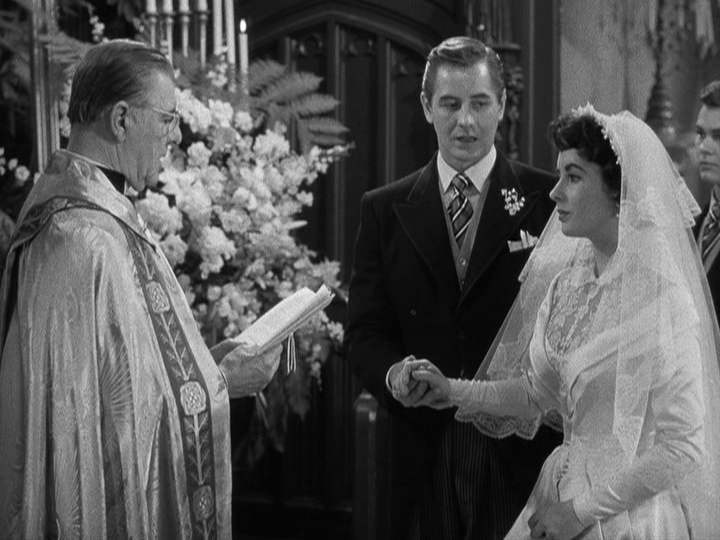 Curtis also wrote that Tracy held Taylor in high regard, thinking of her as almost a second daughter. The two “horsed around” in between takes, but only once did Tracy tease Taylor during shooting. “The camera was on his back, and he played the whole scene with his eyes crossed…I could have killed him, but I didn’t bust up,” Taylor later said.

Tracy was apparently pleased with the progress of the production, writing to his aunt, “we have been going along pretty smoothly on Father of the Bride–think it will be a nice, harmless movie.” 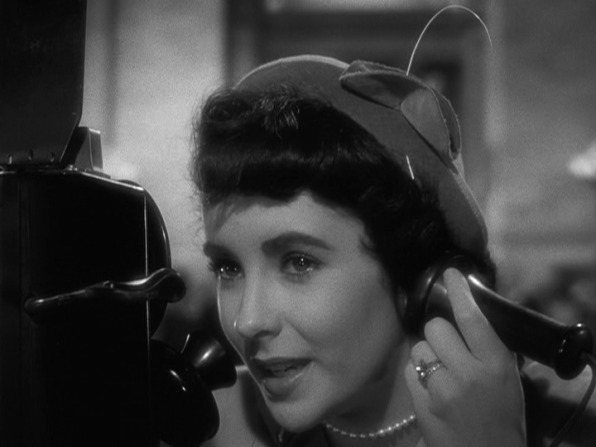 Indeed, Father of the Bride is nice and harmless, but not mundane. Tracy as the harried father is pitch perfect, and both Bennett and Taylor play their parts with the right balance of concern and determination. It is a charming picture all around, reminding us that the concerns of parents have changed very little in the seventy years since the film was produced.